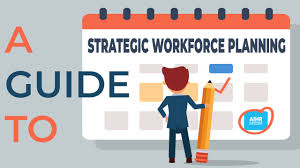 This article lists 5 HR Metrics that will make workforce management a little easier for you; before that, here is...