You may have heard the oft-quoted small business cyber security statistic that’s something akin to “60% of small companies that suffer a cyber attack are out of business within six months.” Heck, like many major media outlets, we’ve even quoted this stat ourselves in the past. However, it turns out that the organization that’s often attributed for this small business cyber security statistic, the National Cyber Security Alliance (NCSA), actually recommends not citing this statistic for the following reason:

“This statistic was not generated from NCSA research, and we cannot verify its original source. NCSA has not actively referenced this statistic for several years, but we discovered that it was included in an outdated infographic on our website. We have removed all of these references and do not recommend its ongoing usage. Members of the media, policy makers, small businesses and others are encouraged to rely upon more current and clearly sourced data.”

While we here at Hashed Out may not be the internet’s top resource for cyber security related information – though we strive to be and have more than two million readers – we still want to do the best job we can at providing you with the best and most useful information possible. This includes topics such as small business cyber security statistics.

With this in mind, we’ve put together a list of some of the small business cyber security statistics you SHOULD know in one convenient resource. We’ll also discuss why SMBs make such attractive targets and what you can do to protect your business. Note: This article is one that we plan to continually update with new, fresh SMB cyber security statistics, so be sure to check back periodically for updates and new information!

When we originally wrote this article, we shared about a 2017 study from VIPRE Security that showed two-thirds (66%) of small and medium-sized businesses would suffer catastrophic consequences and would have to close their doors after a breach. Their survey of 250 SMBs’ IT managers conveyed that the businesses would shut down for a minimum of one day or would be put out of business entirely if such an event were to occur. 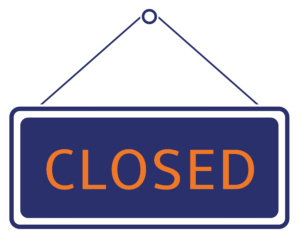 While we hoped that our research on small business cyber security related stats would show that this number decreased over the past two years, unfortunately, that’s not really the case. We’ve compiled a list and will discuss some of the cyber security statistics you’ll want to know about small businesses and mid-size companies: 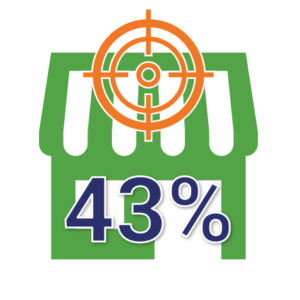 Verizon’s most recent Data Breach Investigation Report (DBIR) shows that almost half of all breaches occurred at small businesses. This statistic speaks for itself and doesn’t require more of an explanation.

2. There Was a 424% Increase in Authentic and New Breaches of Small Businesses in 2018

The cyber security firm 4iQ states in its 2019 Identity Breach Report that cybercriminals targeted small businesses with cyber attacks at an inordinate rate in 2018 — up nearly 425% over the previous year.

3. 83% of SMBs Lack the Funds to Deal with the Repercussions of a Cyber Attack

InsuranceBee’s Cyber Survey of more than 1,300 SMB owners shows that more than 80% of businesses lack the money they would need to recover from a cyber attack or data breach. Of those that report setting money aside for such an incident (17%), few have considered the reputational or legal costs they will likely face if an attack should occur. That’ll take the buzz out of any victory they may have momentarily felt. 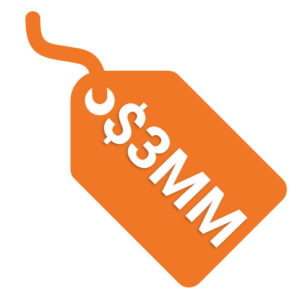 When it comes to calculating the costs of a cyber attack, there are many considerations you must take into account: The cost of any ransom you may be expected to pay, the cost of any data that may be lost, sustained system outages, downtime, non-compliance fines, legal fees – not to mention potential lawsuits. The Keeper Security and the Ponemon Institute’s 2018 State of Cybersecurity in Small & Medium Size Businesses report states that downtime accounts for about $1.56 million of those costs.

For an example of the “extra” costs businesses face, look no further than the recent AMCA data breach. The company, which also operates as Retrieval-Masters Creditors Bureau, Inc., has paid millions in such “additional” costs — $4.2 million to report the breach, $3.8 million for notifications, etc. That’s before getting into the penalties and lawsuits…

5. SMBs Experience 8+ Hours of Downtime During a Breach

Cisco’s 2018 Security Capabilities Benchmark Study shows that 40% of midmarket companies with 250-499 employees “experienced eight hours or more of system downtime due to a severe security breach in the past year.”

6. 1 in 323 Emails to Small Businesses are Malicious

Symantec’s 2019 Internet Security Threat Report shows that employees of smaller organizations were more likely to be hit by email threats such as spam, phishing, and email malware than those who work at large organizations.

7. 60% of SMBs Cite Employee Negligence as Cause of Data Breaches 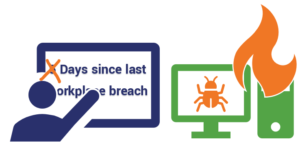 The Keeper Security/Ponemon Institute’s small and medium size businesses report shows the number of SMBs reporting negligent employees and contractors as the cause of data breaches increased to 60% in 2018 — whereas external threats (hackers) were reported as 37% of the causes.

8. 54% of SMBs Believe Their Companies are “Too Small” to Be Ransomware Targets

The Keeper Security/Ponemon Institute SMB report shows that some SMBs think that their organizations are too small to be attractive targets for cybercriminals. However, if you’ve read virtually any recent cyber security reports or literature, you’d know that no company is “too small” or “too large” that a cybercriminal won’t take an interest. Like a modern version of Goldilocks — you know, if she was a cybercriminal rather than a trespasser breaking into bears’ houses — she’ll have no problems about trying the cyber defenses of every company to find a target that is “just right.”

Continuum reports in its State of SMB Cyber Security in 2019 report that nearly 80% of small businesses believe their cyber security tasks will be outsourced within five years’ time.

10. 62% of SMBs Lack the In-House Skills to Handle Cyber Security 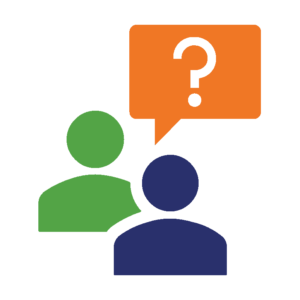 11. 62% of Phishing Simulations Hook at Least One Set of User Credentials 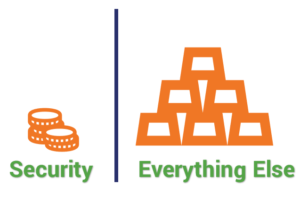 13. 55% of Small Businesses Cite Resources and Knowledge as Challenges to Cyber Security Planning

A survey by the Better Business Bureau (BBB) indicates that the greatest challenges for developing a cyber security plan to increase small business cyber security is a lack of resources or knowledge.

14. Cyber Attacks Due to Weak or Stolen Employee Passwords Average $383,365

Did you know that the average cost of cyber attacks that result from compromised employee passwords is $383,365? This is one of the findings of the Keeper Security/Ponemon Institute SMB report.

15. 68% of Small Businesses Don’t Have Disaster Recovery in Mind 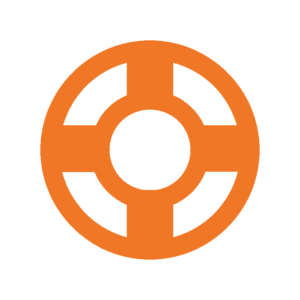 Why SMBs are More Vulnerable to Cyber Attacks and Data Breaches

Unfortunately for consumers, many business owners still convince themselves that their businesses are “too small” to be of interest to hackers. CPO Magazine reports that this is even the case with some businesses that experienced data breaches in the past!

In reality, it should come as no surprise that small and midsize businesses make tempting targets for cybercriminals. Due to their small sizes and limited funds, SMBs often have access to fewer personnel and information and technology resources than their larger corporate counterparts. This is particularly important considering that small businesses are the drivers of economy in the U.S. The most recent data from the U.S. Small Business Administration (SBA) reports that there were 30.2 million businesses in the U.S. as of 2015. Of these, 5.9 million had paid employees. 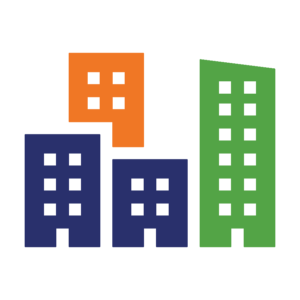 As a small company with more than 85 employees, we’re certainly not going to sit here and bash the people who work at small businesses by saying that employees are the root of all evil. However, there is truth in the statement that employees do pose a serious risk for every business — small or otherwise — because of the decisions that are made by upper level management. Employees who lack the knowledge or training to avoid cyber threats are in positions to unwittingly put your company at risk by something as simple as clicking on the link in one phishing email. However, if IT security personnel and other employees alike are never given the training, funding, or resources they need, how can we hold them at fault?

SSL only secures certain attack vectors. As such, you’ll need to invest in additional security measures to increase the digital security of your small or medium-sized business.

Some such methods that should be used to create multi-layered protection include:

We know you’ve already got a lot on your plate and probably don’t have time to read a long article. Here’s what we covered in today’s discussion on small business cyber security statistics:

Cloud Computing Architecture: What Is Front End and Back End?