Innovative technologies are at the heart of economic growth. They enable entrepreneurs and scientists to move the world forward and tackle today’s most pressing challenges. Customers benefit, too, by enjoying better products and services. As the race for the next technological breakthrough intensifies, virtual reality (VR) and augmented reality (AR) are increasingly showing their potential. These immersive technologies transport users into a three-dimensional environment or overlay the real world with virtual elements. After years of development of apps and hardware, the global AR and VR market is ready to grow and is expected to reach $18.8 billion in 2020, expanding rapidly in the coming years.

This growth comes as no surprise, as the creation and manipulation of digital realities has many practical applications in industrial and consumer markets. Immersive experiences can help people enjoy movies, improve soft skills, create public art, repair machines, research cancer, and do many other things. And both startups and corporations are embracing this advanced tech. British Airways, for instance, uses VR to entertain passengers, while the Israeli tech startup Fieldbit helps technicians repair machines more efficiently. As more and more companies warm up to the use of cutting-edge solutions, the growth of AR and VR is set to accelerate even further.

Microsoft wants to merge digital environments with the real world

The tech giant Microsoft is at the forefront of innovation in the VR field. One of its latest projects, called DreamWalker, focuses on developing technologies that enable users to be fully immersed in the digital world while moving in the real one. People could, for instance, take their usual walking route to work wearing a VR headset and experience passing through another environment of their choosing. To prevent people from running into dangers in the real world, Microsoft’s device uses geolocation data, a GPS sensor, two cameras, and “a Windows Mixed Reality-provided relative position trace” to track users and spot obstacles that lie in their path. The system then displays the obstacles, such as pedestrians or trees, as virtual objects, enabling the headset wearer to see and avoid them. Additionally, the program uses an arrow marker to guide users in a safe direction.

DreamWalker is far from being ready for public use, though. Nonetheless, it remains a pioneering effort in enabling the use of VR in an uncontrolled outdoor environment. And although such an ambitious goal is admirable, it might also be subject to regulation. The use of VR in public could be seen as risky for users, as even AR apps, such as Pokémon Go, have led to safety incidents. To minimise the risk, authorities might adopt new policies to regulate the use of immersive products in outdoor environments.

Unlike Microsoft, British Airways is unlikely to face regulatory backlash for its VR-related plans. The UK airline giant has teamed up with the American in-flight entertainment firm SkyLights to provide first-class passengers with immersive content displayed via the AlloSky VR headset. During the trial phase, travellers on flights between London’s Heathrow and New York City’s John F. Kennedy airports will be able to enjoy films, documentaries, and travel programmes in 2D, 3D, or 360° formats. Those afraid of flying will be able to choose therapeutic content, such as guided meditation and sound therapy. British Airways boasts that “the experience even works when they [passengers] are lying fully flat.”

But this “3D cinema in the skies” isn’t the airline’s first experiment with VR. The company already uses SkyLights’ headsets at its ticket counters in Heathrow to show passengers the benefits of first-class travel and convince them to upgrade their tickets. Other airlines are also looking into improving the travel experience with VR. For instance, Alaska Airlines also partnered with SkyLights to offer in-flight headsets, while Air France, Qantas, Lufthansa, and several other airlines have trialled VR programs as well. 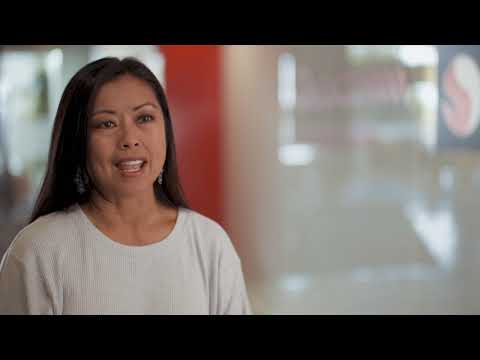 Apart from flying, firing people is another experience that VR-based products can make less stressful. The US tech firm Talespin developed virtual human training technology, called CoPilot, to help employees develop leadership and communication skills. Users can role-play critical conversations, such as firing someone or dealing with aggressive customers, in a safe virtual environment. Barry, for instance, is one of the VR characters they can talk to. He listens carefully to hear the reasons why he’s being let go and can either accept the situation calmly or shout and yell, depending on the way he’s handled. The company notes in a blog post that when users interact “with Barry in the simulation, they navigate hundreds of possible conversation paths to effectively (or ineffectively) terminate Barry, face common wrongful termination pitfalls, and experience Barry’s realistic speech, body language, and human-like mannerisms”.

Furthermore, human resource (HR) teams can use CoPilot to train staff in diversity, inclusion, mediation, and empathy skills. Talespin offers training for sales and customer service departments, too. Cold calling, overcoming objections, building rapport, and closing deals are just some of the many skills that professionals can improve by talking to intelligent virtual characters. Lastly, the software can assist managers who want to improve their talent management, group discussions, and public speaking abilities.

Scientists at the Cancer Research UK Cambridge Institute (CRUK) have developed a system that makes it possible to observe tumour cells using a VR headset. The solution involves scanning a piece of cancer tissue, staining it with markers to show its molecular composition and DNA characteristics, and finally, rebuilding it as a 3D model. Users from around the world can then analyse the tumour in a VR laboratory. Professor Greg Hannon, the director of CRUK, says that “No-one has examined the geography of a tumour in this level of detail before; it is a new way of looking at cancer.”

The VR system provides rich medical data. It can visualise, for example, how a group of cells separates from the main tumour body and spreads to surrounding tissues. These insights help doctors understand the various ways in which cancer cells interact with each other and could potentially lead to key medical breakthroughs. Professor Karen Vousden, CRUK’s chief scientist, says that VR-based technologies are “much more dynamic than the static 2D versions we are used to.” 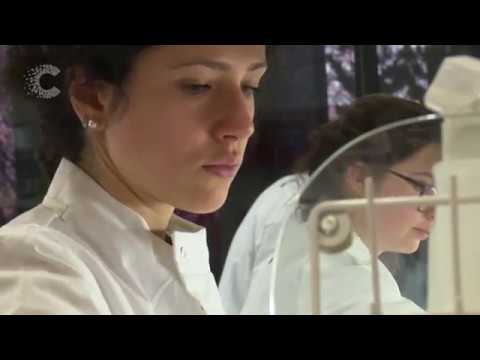 Virtual graffiti as the next trend in street art

Following the Pokémon Go craze, millions of people started using various AR apps. To take advantage of this trend, the mobile publisher iDreamSky and game developer Sybo teamed up to create Mark AR, a smartphone app that enables users to paint virtual graffiti. Artists can draw freehand or choose from a range of stencils and images they’ve already prepared in Photoshop. Once completed, the software stores the location of the artwork using GPS and computer vision. Users can then share their art with a single person, a group of friends and followers, or the members of an interest-based group.

Enabling people to showcase their creativity through this app might make roaming the streets more interesting. Users could point their smartphones at walls and enjoy or create beautiful murals, turning blank brick into a canvas filled with street art. But Mark AR could be used in undesirable ways, too. Hate groups placing racist tags on memorials, students bullying each other, and big influencers putting insulting stickers on small shops are all likely scenarios that the app might lead to. However, the developers are keen on creating a positive environment in the app and are looking into several methods of achieving that goal.

For instance, sensitive physical locations, like memorials, are off-limits for app users. Also, people have to use their real names when signing up for Mark AR. Sybo’s CEO, Mathias Gredal Norvig, says that “because there’s no anonymity, that helps govern what people are doing”. The company also uses AI to detect and remove insulting images automatically, while human moderation teams monitor user behaviour. Facebook adopted similar tactics but is yet to eradicate hate content from its platform. iDreamSky and Sybo lack the resources the social media giant could muster, so it remains to be seen whether they’ll be effective in creating a positive app environment where everyone feels welcome. 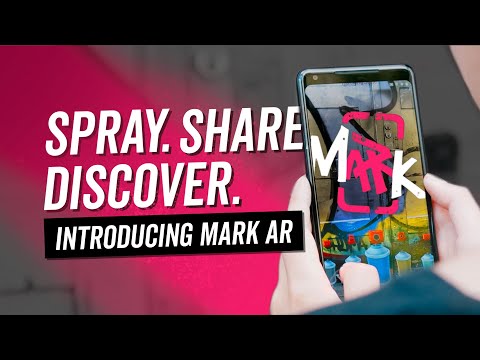 The Israeli firm Fieldbit has developed an AR app that helps field technicians repair machines faster. By wearing Realwear’s HMT-1 smart glasses or using a smartphone app, users that struggle with unfamiliar maintenance operations can request assistance. First, they select the type of device they want to fix. Then, the app displays procedure outlines on the field worker’s phone or headset, highlighting parts that need to be fixed or removed in real time. If the software lacks information about the machine, users are connected to remote support agents that guide them through the procedure.

The company is also working on upgrading the software with AI image recognition capabilities that would enable the app to recognise machines and display appropriate procedures automatically. But the app benefits users even in its current form. Fieldbit claims that its clients report a 20 per cent increase in service profitability, a 40 per cent reduction in on-the-job training time, and many other improvements. And the system is used by many well-known businesses, including the oil giant British Petroleum, the US industrial conglomerate Honeywell, and the multinational engineering company The Linde Group.

Immersive tech is poised to grow

Immersive technologies deliver value by creating new digital environments. Whether viewed from a headset or a smartphone app, virtual characters and tools help people learn more, work smarter, and have fun. Businesses are racing to take advantage of this trend, which is why users are poised to receive ever more sophisticated VR and AR products and services. From medicine and art to HR and manufacturing, no industry will be left untouched by immersive solutions that change our perception of reality.