AI in management: your boss could soon be a machine

As automation continues to transform the workplace, a growing number of companies are starting to delegate management tasks to AI.

There’s been a lot of talk in recent years about the rise of artificial intelligence technology and its expected impact on the human workforce. Some estimate that AI could displace hundreds of millions of workers over the next couple of decades, while others believe that AI will create new, better paid jobs. There’s no consensus about the exact number of people that will be affected, but most experts agree that simple, repetitive jobs that are easily automated will be most at risk from AI. The market research firm Tractica estimates that global AI software revenue will grow from $9.5 billion in 2018 to $118.6 billion in 2025.

According to a recent report published by the market research firm Tractica, the global AI software revenue is expected to grow from $9.5 billion in 2018 to $118.6 billion in 2025.

Even though it was generally considered that management roles were relatively safe from automation, AI tools are now starting to take over some routine management tasks as well. “What managers do mostly is identify potential, build teams, assign tasks, measure performance and provide feedback. Generally speaking, humans aren’t very good at these tasks,” says Tomas Chamorro-Premuzic, a professor of business psychology at University College London. A growing number of companies are now using AI to monitor their workers, provide instant feedback, and offer smart recommendations, allowing human managers to focus on more important tasks.

Amazon used AI to determine which workers should be fired

Amazon currently operates more than 75 fulfilment centres across North America that employ more than 125,000 full-time workers. Unfortunately, working conditions in these centres can be quite strenuous, with workers often having to pack hundreds of boxes per hour to meet their quotas. If they’re not fast enough, they risk losing their jobs. In fact, according to some documents recently obtained by The Verge, the company fired hundreds of employees at a single facility in Baltimore between August 2017 and September 2018 solely for productivity reasons. What’s particularly troubling is that the decision to terminate those workers was apparently made by an AI.

Over the years, Amazon’s fulfilment centres have become increasingly automated, with warehouse robots taking on a growing number of roles that used to be reserved for humans. And now it seems that Amazon has delegated some management tasks to AI as well. A signed letter from an attorney representing the company, obtained through a Freedom of Information Act request, reveals that “Amazon’s system tracks the rates of each individual associate’s productivity and automatically generates any warnings or terminations regarding quality or productivity without input from supervisors.” The system goes so far as to track the amount of time employees spend off task, leading some of them to avoid taking bathroom breaks altogether so they can reach their productivity benchmarks.

Amazon has since denied that the process is completely automated, claiming that human supervisors have the ability to overturn the decision. Furthermore, employees are first offered to take part in a training program and they can lodge an appeal if they feel they’ve been wronged. “Similar to many companies, we have performance expectations regardless of whether they are corporate or fulfillment center employees,” says Amazon’s spokesperson Ashley Robinson in a statement. “We support people who do not perform to the levels expected of them with dedicated coaching to help them improve and be successful in their career at Amazon. We would never dismiss an employee without first ensuring that they had received our fullest support, including dedicated coaching to help them improve and additional training. Since we’re a company that continues to grow, it’s our business objective to ensure long-term career development opportunities for our employees.” While it’s not clear whether Amazon is still using the system, it’s not that difficult to imagine other companies following suit and allowing an AI to make employment decisions in the future. 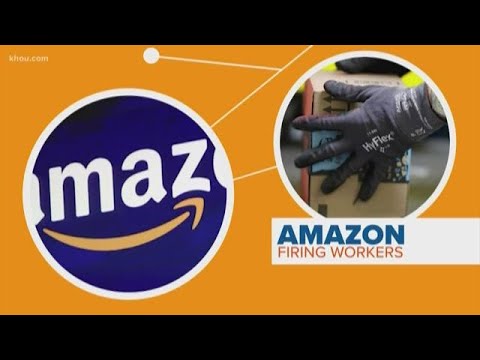 HR departments and corporate managers aren’t particularly effective at identifying their employees’ skills and keeping them on a clear career path. Thankfully, AI can offer a helping hand here as well. IBM HR recently developed a predictive attrition program that uses artificial intelligence to predict with 95 per cent accuracy which workers are about to quit their jobs and suggest actions managers should take to engage them. A part of a larger suite of IBM products designed to overhaul the traditional human resources model, the AI retention tool has saved the company almost $300 million in retention costs so far. It’s also enabled the tech giant to reduce the size of its global human resources department by 30 per cent since it was first introduced, leaving the remaining employees better paid and allowing them to focus on higher-value work. IBM’s AI can analyse multiple data points, such as the tasks employees have completed, the educational courses they’ve taken, and the rankings they’ve earned to determine where their strengths lie. This allows HR managers to gain a better understanding of an employee’s skill set and guide them to future opportunities they may not have been able to discover using traditional methods like manager surveys, which tend to be overly subjective and not very accurate.

Traditional human resources departments typically rely on a self-service model, in which employees have to act as their own career managers. However, that’s not the case at IBM, where AI is also used to provide career feedback to employees. The company uses an AI virtual assistant called MYCA (My Career Advisor) that helps employees identify which skills they need to improve and suggests programs that will help them move their career forward. At the same time, a service called Blue Match presents employees with new job openings that match their current skill level. According to IBM’s CEO, Ginni Rometty, around 27 per cent of IBM workers who got a new job or promotion in 2018 used Blue Match to do so. “AI will change all jobs once it is in the workflow, and that is the most meaningful kind of AI. Yes, some jobs will be replaced, but that is a red herring,” says Rometty. “It is about getting people to work at the intersection of this.” What that means is that AI shouldn’t be viewed as something that will replace HR managers altogether, but as a tool that will help them be more effective at their job by recognising the true potential of their employees.

The Boston-based AI company Cogito developed a program designed to help customer service agents improve their performance by providing them with real-time feedback as they talk to a customer over the phone. The software uses artificial intelligence to analyse hundreds of factors in customer service conversations, such as the tone of voice, pitch, and word frequency, and displays a notification in the bottom-right corner of the agent’s computer screen if it detects something wrong. “We can infer from the way people are speaking with each other whether things are going well or not,” explains Joshua Feast, Cogito’s chief executive. For example, if it detects that the agent is speaking too fast or too slow, the software informs them that they need to reduce or increase their speaking pace. If the agent sounds bored or sleepy, it warns them to be more energetic. If it detects frustration in the caller’s voice, it instructs the agent to show more empathy and try to relate to them. When the call ends, all of the notifications are added to a statistics dashboard where they can be later inspected by the agent’s supervisor.

More than three dozen call centres across the United States, including those belonging to healthcare giants Humana and MetLife, have already implemented Cogito. According to MetLife, since the software was first rolled out in its call centres, first call resolution metrics have gone up by 3.5 per cent, while customer satisfaction increased by 13 per cent. The customer service agents themselves don’t seem opposed to the software, either. While the idea of having someone monitoring your calls sounds rather intrusive, most agents agree that Cogito has helped them be better at their jobs and have more human interactions with customers. However, not everyone agrees with this assessment. “What [Cogito] appears to do is to allow intensive surveillance of workers and a kind of a priori justification for potentially firing or disciplining workers based on the assessment of a smart machine that neither the worker nor the manager is able to contest or validate,” says Meredith Whittaker, a distinguished research scientist at New York University and co-director of the AI Now Institute. Even though MetLife managers claim that Cogito performance data has no impact on employee reviews, it wouldn’t take much for that to change sometime in the future, leaving workers’ futures in the hands of a machine.

The role of AI in management

Artificial intelligence has had a major impact on today’s workplace, taking over numerous jobs that used to be reserved solely for humans. While management roles initially seemed to be immune to automation, that’s started to change in recent years, with companies increasingly delegating certain management tasks to AI solutions, ranging from monitoring workers and providing feedback on their performance to making decisions on which workers should be terminated. When used properly, AI can help managers be better at their jobs by allowing them to focus on more important tasks. However, there are certain risks involved. For example, we still can’t tell exactly how an AI comes to its decision, which is extremely important when the hiring and firing of employees is involved. There’s also the danger that AI algorithms could reflect the biases of their creators. While it remains to be seen whether AI will ever be able to replace human managers altogether, it’s not out of the question that we’ll all be answering to an AI boss sometime in the future.