How businesses can overcome the key threats to digital transformation

With businesses continuing to focus on digital transformation to better capture the value in their data and improve processes, the momentum behind digital transformation is continuing to increase, with greater pools of capital being allocated towards digital investments. Indeed, spending is expected to reach $1.7 trillion worldwide by the end of 2019 and nearly $2 trillion by 2022, according to recent reports from IDC. 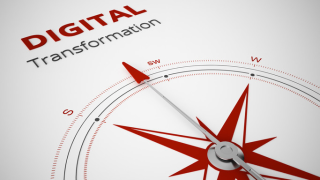 However, another transformation that needs to be addressed is the architectures underpinning many data processes, which have not been designed to meet the security or sharing requirements of today’s digital world. Currently ongoing threats of cyber-attacks and data leaks has resulted in many simply adding more security protocols to their processes to protect their data and inadvertently slowing down their digital transformation and collaboration capacity, strangling business operations.

Yet, despite these new protocols and increased attention across virtually all industries, the threat of cyber-attacks has shown no signs of diminishing and business agility and transparency continue to be reduced. So, how can organisations overcome these challenges and put themselves in a better position to get maximum business value from their data?

2018 was another year of ever-increasing data breaches. Several high-profile, multi-national organisations – including the likes of Facebook, Google, Cathay Pacific and British Airways – suffered damaging data breaches and hacks, despite spending huge amounts of money on security. Suggesting that current methods of securing data are not working and that cyber-criminals still have the upper hand.

But it’s not just external attacks that businesses have to worry about. Internal threats such as data leaks caused by either disgruntled employees or simple human error also have to be managed. These types of incidents are also extremely prevalent and often very difficult to protect against under current data architectures and security measures, with 84 per cent of cyber-attacks being attributed to human error, according to a recent survey by Black Hat. The individual bad actor is also now not the only liable party, as was experienced in the 2015 Morrisons data breach, where Andrew Skelton, their internal auditor was sentenced in 2018 to eight years in jail for fraud, but the High Court (and the Court of Appeal) found Morrisons vicariously liable for a serious data breach and responsible to the compensate over 5,000 employees

Even when organisations take steps to address weaknesses and vulnerabilities, they are often unable to spot them in time, and end up responding after the fact. In an attempt to protect themselves better many businesses have moved closer to zero-trust solutions characterised by strict access restrictions, which were designed for an age when data was produced in limited quantities from a handful of sources. However, todays digital economy requires data to routinely travel beyond the perimeter of data owners’ networks, the traditional contained enterprise network no longer exists. This means businesses are unable to effectively deal with today’s data-centric environment and can actually serve to hinder security rather than improve it.

Of course, security isn’t the only thing businesses have to think about if they want to ensure long-term success. As previously mentioned, being able to collaborate effectively, in a way that doesn’t negatively impact business performance, is essential to thriving in today’s data-driven world.

However, this delicate balancing act presents complications when it comes to ensuring a seamless and secure flow of information, both internally across different areas of the business and externally with other companies. Where organisations have to allow data to flow across many different business units to make business decision quickly, while at the same time ensuring that business-critical data is secure and protected from actors with bad intentions.

But this is easier said than done. Many organisations simply don’t possess the infrastructure or expertise to effectively collaborate and share data securely, especially those using traditional centralised back-end data architectures. Despite their best efforts, businesses lack the level of transparency and control required in the first instance, and further have no way to track of subsequent uncontrolled copies and shares of data. This raises serious compliance concerns with worldwide legislation such as the General Data Protection Regulation (GDPR), Health Insurance Portability and Accountability Act (HIPAA), California Consumer Privacy Act, Act on the Personal Protection of Personal Information (APPI), amongst many others that are in place and will hold businesses back in their digitalisation efforts.

The key to digital transformation

So, the pressing question enterprises rapidly need to answer if they want to remain competitive in the future, is how they can overcome these security and collaboration challenges? One option to consider would be to decentralise the back-end infrastructure that underpins data processes using a private blockchain. Technologies such as distributed ledgers offer a viable solution. Although the technology is still in its relative infancy when compared to other technologies associated with digital transformation, its role in the corporate world is growing fast.

One of the main benefits of distributed ledger technology is that it allows organisations to retain control and full visibility of their data even when it is being used by trusted parties beyond the perimeter of their network. Critical data [as defined by the business] can be securely shared with third parties within a trusted network outside of the traditional perimeter of control, whilst maintaining full data ownership (retaining data controller status), allowing organisations to safely collaborate without the current concerns about the threat of data falling into the wrong hands or being used for a purpose it was not originally intended.

For example, distributed ledger technology is being used in the HR and payroll sector to add an unprecedented infrastructure layer of data access and security, thereby increasing service efficiencies and reducing risk. This also adds further business value by enabling employees with roles that involve high volumes of data processing to add value to the business in new ways, whilst also accelerating the effectiveness of their roles.

It’s clear that technology advancements and digital transformation projects will cause the amount of data being generated to grow exponentially over the coming years. Any business looking to gain an advantage will therefore have to find ways to manage this information as effectively and securely as possible by enabling a seamless, secure and trusted flow of data. Not only will this be essential to getting the most out of digital transformation and reducing risk, it will also unlock the ability to create real-time value chains and introduce new levels of business performance.