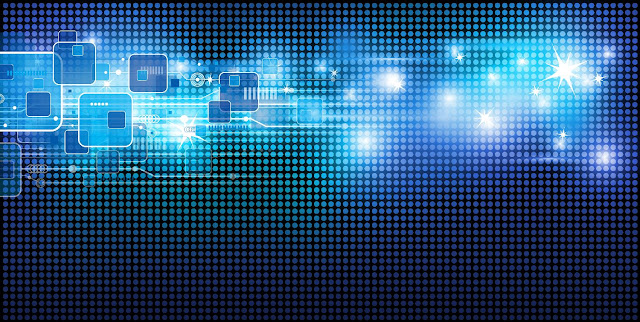 Blockchain, the "distributed ledger" technology, has emerged as an object of intense interest in the tech industry and beyond. Blockchain technology offers a way of recording transactions or any digital interaction in a way that is designed to be secure, transparent, highly resistant to outages, auditable, and efficient; as such, it carries the possibility of disrupting industries and enabling new business models. The technology is young and changing very rapidly; widespread commercialization is still a few years off. Nonetheless, to avoid disruptive surprises or missed opportunities, strategists, planners, and decision makers across industries and business functions should pay heed now and begin to investigate applications of the technology.
Blockchain is a database that maintains a continuously growing set of data records. It is distributed in nature, meaning that there is no master computer holding the entire chain. Rather, the participating nodes have a copy of the chain. It’s also ever-growing — data records are only added to the chain.
A Blockchain consists of two types of elements:
The big advantage of Blockchain is that it's public. Everyone participating can see the blocks and the transactions stored in them. This doesn't mean everyone can see the actual content of your transaction, however; that's protected by your private key.
A Blockchain is decentralized, so there is no single authority that can approve the transactions or set specific rules to have transactions accepted. That means there's a huge amount of trust involved since all the participants in the network have to reach a consensus to accept transactions.
Most importantly, it's secure. The database can only be extended and previous records cannot be changed (at least, there's a very high cost if someone wants to alter previous records).
When someone wants to add a transaction to the chain, all the participants in the network will validate it. They do this by applying an algorithm to the transaction to verify its validity. What exactly is understood by "valid" is defined by the Blockchain system and can differ between systems. Then it is up to a majority of the participants to agree that the transaction is valid.
A set of approved transactions is then bundled in a block, which gets sent to all the nodes in the network. They, in turn, validate the new block. Each successive block contains a hash, which is a unique fingerprint, of the previous block. 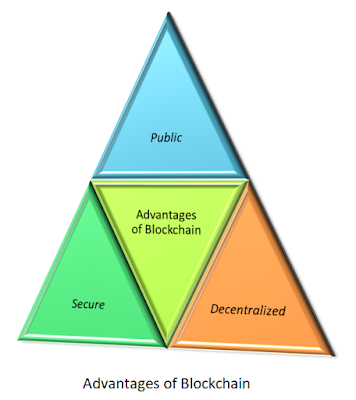 Blockchain ensures that data has not been tampered with, offering a layer of timestamping that removes multiple levels of human checking and makes transactions immutable. However, it isn’t yet the cure-all that some believe it to be.’

There are three types of Blockchains: 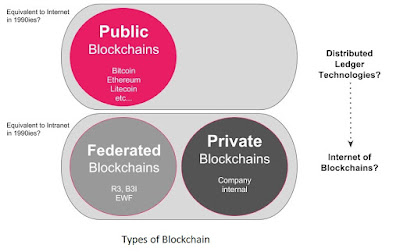 Blockchain technology certainly has many positive aspects, but there is also much misunderstanding and confusion regarding its nature.

Myth # 1: The Blockchain is a magical database in the cloud

The Blockchain is conceptually a flat file – a linear list of simple transaction records. “This list is ‘append only so entries are never deleted, but instead, the file grows indefinitely and must be replicated in every node in the peer-to-peer network”. Blockchain doesn’t allow you to store any type of physical information like a Word document or a pdf file. It can only provide a “proof-of-existence” the distributed ledger can only contain a code that certifies the existence of a certain document but not the document itself. The file however can be stored in “data lakes”, the access to which is controlled by the owner of the information.

Myth #2: Blockchain is going to change the world

We can use Blockchain for complex and technical transactions – such as verifying the authenticity of a diamond or the identity of a person. There is also talk of a Blockchain application for the bill of lading in trade finance, which would be revolutionary in terms of cost reduction and transaction speed.
While Blockchain can support these cases and mitigate the risk of a fraudster tampering with the ledger, it does not eradicate the threat of fraud online and it still raises questions over confidentiality. Additionally, the use of Blockchain technology will still be inefficient for many of these cases when compared to maintaining a traditional ledger.

Despite the commonly held belief, Blockchain is neither cheap nor efficient to run – yet. It involves multiple computers solving mathematical algorithms to agree a final immutable result, which becomes the so-called single version of truth (SVT). Each ‘block’ in the Blockchain typically uses a large amount of computing power to solve. And someone needs to pay for all this computer power that supports the Blockchain service.

Myth #4: There is only one Blockchain

There are many different technologies that go by the name Blockchain. They come in public and private versions, open and closed source, general purpose and tailored to specific solutions. Common denominator is that they are shore up by crypto, are distributed and have some form of consensus mechanism. Bitcoin’s Blockchain, Ethereum, Hyperledger, Corda, and IBM and Microsoft’s Blockchain-as-a-service can all be classified as Distributed Ledger Technologies.

Myth #5: The Blockchain can be used for anything and everything.

Though the code is powerful, it's not magical. Bitcoin and Blockchain developers can be evangelical, and it's easy to understand why. For many, the Blockchain is an authority tied to mathematics, not the government or lawyers. In the minds of some developers the Blockchain and smart contracts will one day replace money, lawyers, and other arbitration bodies. Yet the code is limited to the number of cryptocurrency transactions in the chain itself, and cryptocurrency is still far from mainstream.

Myth #6: The Blockchain can be the backbone of a global economy.

No national, or corporate entity owns or controls the Blockchain. For this reason, evangelists hope private Blockchains can provides foundational support for dozens of encrypted and trusted cryptocurrencies. Superficially, the Bitcoin Blockchain appears massive. Yet a Gartner report recently claimed the size of the Blockchain is similar in scale to the NASDAQ network. If cryptocurrency takes off, and records are generated larger, this may change. For now, though, the Blockchain network is roughly analogous to contemporary financial networks.

Myth #7: The Blockchain ledger is locked and irrevocable.

Analogous large-scale transaction databases like bank records are, by their nature, private and tied to specific financial institutions. The power of Blockchain, of course, is that the code is public, transactions are verifiable, and the network is cryptographically secure. Fraudulent transactions— double spends, in industry parlance—are rejected by the network, preventing fraud. Because mining the chain provides financial incentive in the form of Bitcoin, it is largely believed that rewriting historic transactions is not in the financial interest of participants. For now, However, as computational resources improve with time, so too does the potential for deception. The impact of future processing power on the integrity of the contemporary Blockchain remains unclear.

Myth # 8: Blockchain records can never be hacked or altered.

One of the main selling points about Blockchains is their inherent permanence and transparency. When people hear that, they often think that means that Blockchains are invulnerable to outside attacks. No system or database will ever be completely secure, but the larger and more distributed the network, the more secure it is believed to be. What Blockchains can provide to applications that are developed on top of them is a way of catching unauthorized changes to records.

Myth # 9: Blockchain can only be used in the financial sector

Blockchain started to create waves in the financial sector because of its first application, the bitcoin cryptocurrency, which directly impacted this field. Although Blockchain has numerous areas of application, finance is undeniably one of them. The important challenges that this technology brings to the financial world pushed international banks such as Goldman Sachs or Barclays to heavily invest in it. Outside the financial sector, Blockchain can and will be used in real estate, healthcare or even at a personal scale to create a digital identity. Individuals could potentially store a proof-of-existence of medical data on the Blockchain and provide access to pharmaceutical companies in exchange for money. 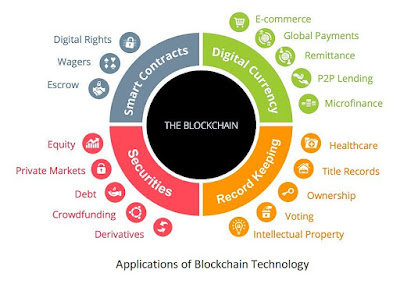 Since Bitcoin is more famous than the underlying technology, Blockchain, many people get confused between the two.

Blockchain is a technology that allows peer-to-peer transactions to be recorded on a distributed ledger across the network. These transactions are stored in blocks and each block is linked to the previous one, therefore creating a chain. Thus, each block contains a complete and time-stamped record of all the transactions that occurred in the network. On the Blockchain, everything is transparent and permanent. No one can change or remove a transaction from the ledger.

Bitcoin is a cryptocurrency that makes electronic payment possible directly between two people without going through a third party like a bank. Bitcoins are created and stored in a virtual wallet. Since there are no intermediaries between the two parties, no one can control the cryptocurrency. Hence, the number of bitcoins that will ever be released is limited and defined by a mathematical algorithm.

Myth # 11: Blockchain is designed for Business interactions only

Experts in Blockchain are convinced that this technology will change the world and the global economy just like dot-coms did in the early 90’s. Hence, it is not only open to big corporations; it is accessible to everyone everywhere. If all it takes is an Internet connection to use the Blockchain, one can easily imagine how many people worldwide will be able to interact with each other.

For now, smart contracts are just pieces of code that execute actions automatically when certain conditions are met. Therefore, they are not considered as regular contracts from a legal perspective. However, they can be used as a proof of whether or not a certain task has been accomplished. Despite their uncertain legal value, smart contracts are very powerful tools especially when combined with the internet-of-things (IoT).