Automation won 2017: here’s what it means for businesses moving forward in 2018 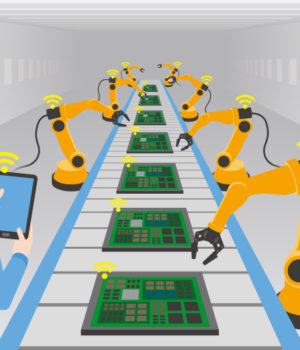 Thanks to a boom in modern technology deployments involving machine learning, artificial intelligence and cloud computing, we’re seeing a lot of growth with their connected platforms and systems too. Big data and data analytics are just one example. Another would be automation, or autonomous operations.

Autonomy as a whole is incredibly convenient when it works efficiently. Menial or rote tasks can be automatically carried out, freeing up manpower for other processes and projects. In many cases, automated systems end up being more efficient than traditional human labor. They can also lower operating costs, especially when robotic or software systems get the work done faster than a human counterpart would.

Throughout the past couple of years, we’ve seen a growing rollout of robotic and software-process automation systems. Major brands like Amazon have been at the forefront of adopting these new technologies. However, adoption rates have been fairly slow, which sped up quite a bit over the past year. It also means 2018 will be hugely impacted — maybe even disrupted — by even stronger growth and adoption rates of automation.

We did hear a lot of people freaking out that robots and automation were coming for their jobs, which — while somewhat understandable — is complete nonsense. Automation was rampant throughout the end of 2016 and all the way through 2017. However, unemployment currently sits below 5 percent, and a remarkable amount of industries are experiencing labor shortages instead of surpluses.

The robot apocalypse is not coming — at least not anytime soon. That said, what’s likely to happen in 2018 as far as automation is concerned?

The future of automation in 2018

To start off — with a bang, if you will — it’s highly likely automation will become cemented or permanent across many industries. Businesses and management teams are starting to realize the technology’s incredible potential. They’re also starting to see the benefits from recent deployments. This is driving an incredible boost in demand and deployment.

The higher adoption rates will amount to more influential usage of the technology. It will start to impact our day-to-day lives, not just in the workplace, but at home also. Forrester believes this will come to be, too. In more than one report, it has forecasted market domination for automated systems and hardware.

Public and political perception may encounter a few hurdles. People may be hesitant in general to work with or engage with automation tools, hardware and applications. Imagine a checkout kiosk at your local fast food restaurant, for instance. The rollout will not only take some time, but it will also take a bit for customers to warm up to the idea. That’s just the consumer side of the market. We’re not even talking about workers and human laborers collaborating with automated robotics and systems yet.

Even the consumer market has embraced this convenient and useful technology, which you can see in the adoption rates of smart home and IoT devices. Consumer-level smart home devices allow people to automate their lighting, appliances, entertainment devices and much more. This will no doubt help perception and tolerance to improve over the coming year. Amazon Echo, Google Home, Apple HomeKit and Microsoft’s Cortana are all hot products as we head into the first quarter of the year.

Industry advancements in the coming year

Marketing automation and CRM systems will become more advanced over the coming year, as well. A variety of new tools and systems will be introduced to improve conversions and performance. Thanks to modern data analytics, it will primarily be facilitated by advanced algorithms. The result is boosted and streamlined measurements, fewer resource requirements and better, more efficient sales funnels for higher conversion rates. This also frees up your manual workforce to do more important things, like closing sales or following up with potential leads.

Finally, RPA, or robotic process automation, will completely reshape the landscape. Leslie Willcocks, a professor of tech, work and globalization at the London School of Economics’ department of management, said it best: “RPA takes the robot out of the human.”

That’s exactly what it does, and why it will be taking the business world by storm over the coming year. Dull and rote tasks will be handled by modern robotics, freeing up resources, lowering operating costs and improving efficiency.

There’s no reason not to get excited.