In Dorian Lynskey’s The Ministry of Truth, a “biography” of 1984, the author describes how Orwell’s book was the end point of an obsession with utopian (and ultimately dystopian) fiction that characterised the first half of the Twentieth Century and reflected the competing political, social and economic ideologies of the era. 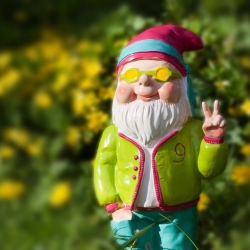 Although rooted in the Victorian age and a yearning for a better society, such works were given fresh impetus by the horrors of the Great War. By the time the Second World War ended, this yearning had found new outlets, most notably in a newfound optimism amongst people who never wanted to live through anything similar again.

This manifested itself in consensus in the Western world about international cooperation, liberal economics, state investment in infrastructure and rebuilding, progressive taxation and a sense of shared social responsibility. This was the era that forged the NHS, Welfare State, Common Market and the Wirtschaftswunder and embraced Modernism, and celebrated technological innovation and scientific achievement.

The current global crisis, has raised questions about the complacency we have developed about many things we once fought for

There are obvious parallels with the current global crisis, which has raised questions about the complacency we have developed about many things we once fought for. Certainly it has demonstrated who the key workers really are, who is most at risk, the faultlines between people’s lives and work and how politicians view them, the inadequacies of some technological infrastructure, and how dependent we are on each other and the complex systems that meet our needs.

It has raised questions about the impact of travel and daily life on the environment by showing what happens we don’t do as much. It has introduced politicians of all parties to the new realities of working life for many people, especially those who are self employed or in precarious “gig economy” work.

Flip Chart Rick highlights how the self employed had been thrown to the wolves by an ignorant government until they came up against a massive public outcry forcing them to do something based on the reality of self-employment for many people. I would add that the Labour Party is not immune to similar criticism, focussed as they have been on 2.7 million workers ‘clocking in at factory gates’ with not much to say about the 5 million self-employed until very recently indeed.

Yet again we are invited to reassess the world we have created and what we should be doing better and especially for those most at risk of crises. As we peer out on the world from our isolation, we might have similar thoughts to those of Michael Morpurgo, who argues that the UK in particular has become a nation defined by its divisions and we have been given the unwanted chance to come together.

We might share a wishlist similar to that of Charles Foster writing in The Conversation which includes this plea:

The atomistic billiard-ball model of the person – a model that dominates political and ethical thinking in the west – is biologically ludicrous and sociologically unsustainable. Our individual boundaries are porous. We bleed into one another and infect one another with both ills and joys. Infectious disease is a salutary reminder of our interconnectedness. It might help us to recover a sense of society.

Or we could respond to Anthony Painter’s argument that the crisis has exposed where we have gone awry and what we might do to build bridges to the future.

Yuval Noah Hari also argues in the FT that we must embrace the opportunity we have to create a better world.

Humanity needs to make a choice. Will we travel down the route of disunity, or will we adopt the path of global solidarity? If we choose disunity, this will not only prolong the crisis, but will probably result in even worse catastrophes in the future. If we choose global solidarity, it will be a victory not only against the coronavirus, but against all future epidemics and crises that might assail humankind in the 21st century.

The future of work

We are also invited to consider the future of work. All too often, this is being presented as a zero sum game with people swapping the office for the home. But all this will mean will be swapping one set of problems for another. Commuting at the same time as everybody is clearly a ridiculous and anachronistic thing to do, as has become newly apparent, but so too is locking oneself away in a home office or dining room with its isolation, lack of ergonomics and amorphous routines.

It’s not even as if people can expect to be less distracted than in an office. At least in an office that distraction is less likely to be a toddler or half naked partner.

What we can expect is a new balance between physical and digital space as more people and businesses embrace the potential of remote work for the first time. It also presents an opportunity for workplace managers to emphasise their importance to the growing number of organisations who will be prepared to adopt more agile and distributed workplace cultures.

We can expect a great deal of conjecture about the future of work. This includes single views of what will happen, such as the perspective presented by Matt Mullenweg of WordPress in this interview with Sam Harris, but also in the nuanced and diverse opinions of experts such as those expressed in this webinar led by Dror Poleg.

As people are now fond of saying, we are in a new normal. If that’s the case let’s make it a better one. In particular, let’s use it as an opportunity to develop better habits and display better ethics. In particular let’s rediscover our connections with others and create better spaces to share with them.

Changes in machine learning and advances in automation have already changed work for many industries. Still, the COVID-19 pandemic and recent labor shortages forced many brands to rethink what the future of work will look like going forward. The U.S. Bureau of Labor Statistics recently reported a dropping unemployment rate of 4.2% during the fourth

Much has been reported about the impact of the COVID-19 pandemic in the traditional workplace. The effects of the pandemic are expected to be long-lasting, making it challenging for companies across all industries to keep operations running smoothly. Globally, companies had to be agile and adapt to a new normal, in addition to dealing with