Addressing the Challenges in IoT Development 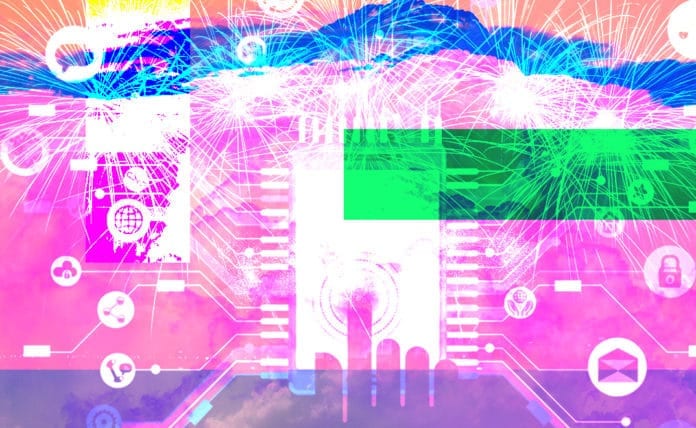 The buzz around the Internet of things (IoT) is as alive now as it was a decade ago when the concept first captured the attention of the entire tech world. Connecting objects from the most trivial ones like a juice packet to automobiles, IoT has the potential to impact the world in exactly the same way the internet did.

Realizing this, corporates are heavily investing in IoT; for instance, Microsoft has announced its plan to invest $5 billion over the next five years. It is also estimated that the world spending on IoT would reach a whopping $772.5 billion in 2018. While technologies like Artificial Intelligence (AI) have generated immense interest currently and will undoubtedly have a revolutionizing impact in future, IoT is the key towards ensuring a complete digital transformation for AI to unleash its true potential.

Hence, connectedness will unarguably be the biggest thing in the near future, where things like smart clothes, smart appliances or connected vehicles become the defining elements of the modern world.

While IoT can open up a plethora of opportunities, implementing the concept on the existing objects for smart interaction is not an easy task. Many commercial companies fail to properly comprehend the complexity involved in IoT and in a survey conducted by Cisco; it was found that 75% of the startups in IoT fail to succeed.

Lack of internal expertise and improper IoT integration were among the reasons cited for the failure rate. This does not come surprisingly since IoT comprises a wide domain of fields such as embedded software development, app development, analytics, hardware development and etc. As a result, there is a huge lack of relevant IoT skills, this in turn slows down the pace of IoT development. Additionally, there are other challenges such as security, hardware and connectivity that hinder its development. A brief look at these challenges can be instructive:

Security is one of the most significant challenges in IoT. As internet forms the backbone of the IoT network, it is vulnerable to hacking and other cyber attacks. With IoT’s applications permeating into homes and other personal spaces, connected devices can become the easiest target for spying on people.

While companies are looking to capture the market with innovative gadgets by rolling them out before their competitors, the issues of security are often neglected in the rush. However, the reality of the flaws in IoT’s security must be recognized and the 2016 Dyn cyber attack should serve as a reminder of the vulnerability posed by IoT.

If IoT devices experience issues relating to connectivity, such as latency or poor network reception, the whole purpose of employing IoT becomes futile. Connectivity and transmission of data in real-time is the essence of IoT.

Its value lies in its ability to connect devices and provide useful insights into the front-end which was previously not possible. This becomes a great challenge in cases where a large number of devices are employed, such as sensors in oil rigs or in places that require extensive monitoring. In addition, decentralizing the data processing in such a network is essential because, in the event of a server breakdown, the entire network becomes unavailable which again understates the purpose of IoT.

In order to set up a full-fledged IoT network, there are various hardware elements to be made use of; such as sensors, development boards, gateways, and more. Hence, enterprises need to make sure that they source their hardware from the same manufacturer to avoid compatibility issues.

Besides, most of the IoT solutions are integrated into legacy systems, this becomes a challenge due to different firmware and non-standard M2M protocols. This can especially be a significant barrier for a large scale IoT implementation. Commenting on the hardware issues experienced, Chandramouli Srinivasan, an IoT influencer and startup advisor says “While working with several IoT startups, I found that one of the most common issues faced by companies was in regards to the compatibility between the devices used, when a device failure happens, it becomes very difficult to get it replaced and this is especially a problem in places where IoT has only begun to take root”. Also in addition, hardware or devices should be able to function even when manufacturers discontinue their device or hardware support which means that the systems need to be upgraded regularly.

Out of 500 professionals working in fields relevant to IoT, only 20% of the respondents said that they had the right skills for implementing IoT.

In a domain as diverse as IoT, where everything from software to hardware implementation has to be taken care of, the lack of relevant IoT skills is an issue that enterprises constantly face. It was found in a report that 68% of the businesses struggle to find professionals with skills relevant to IoT.

In addition, research conducted by Inmarsat interviewed 500 professionals working in fields relevant to IoT, only 20% of the respondents said that they had the right skills for implementing IoT. This grave state of affairs regarding the shortage of right talent, therefore, hampers IoT development.

While there are companies already trying to address the issues related to security, connectivity and hardware compatibility, there are no immediately applicable solutions that would entirely solve the problem of skill gap.

In order to address the issue of security, KrypC is a startup that utilizes blockchain to secure IoT device communication, therefore, taking away one of the major concerns in IoT implementation. Additionally, Hurify is another startup that provides a global hardware marketplace for IoT hardware where anyone can purchase IoT products from anywhere around the world utilizing a token system. With a variety of options available, developers or enterprises can get a wider knowledge of the IoT hardware available, this further helps in determining device compatibility with their existing systems.

Addressing the issue of connectivity, there are solutions like LoRaWAN and Sigfox which deals in providing IoT communication solutions. While LoRaWAN uses a Chirp Spread Spectrum, Sigfox uses Ultra Narrowband. Both Sigfox and LoRaWAN, by virtue of the technology they use, are suited for small packet data transmission such as those from sensors.

As IoT is in its early phase of adoption and the technology has not yet grown to accommodate a superior level of connectedness, as popularized by tech enthusiasts or the mainstream media, it is imperative to keep realistic goals for implementing successful IoT solutions. While there are many challenges in developing a feasible IoT solution, the rapid advancements in technology can propel the IoT development.

Dangerously Connected: The complexities of personal devices in the workplace