What is the role of IoT in Smart Cities?

In general, the term IoT (Internet of Things) refers to the rapidly growing number of digital devices – the quantity is now billions – these devices can communicate and interact with others over the network/internet worldwide and they can be remotely monitored and controlled. The IoT includes only smart sensors and other devices. On the operational level of IoT, for example weather data is collected. IoT offers new opportunities for cities to use data to manage traffic, cut pollution, make better use of infrastructure and keep citizens safe and clean.

Companies use IoT for innovative management and for monitoring widely dispersed processes. As a result, they even can control the latter even from distant places as information is continuously fed into applications and data storage. IoT provides an advantage of knowing things in advance. Due to the low cost of IoT, it is now possible to monitor and manage activities that were previously unreachable. The financial aspect is the best advantage, because this new technology could replace humans who are in charge of monitoring and maintaining supplies. Consequently, costs can be significantly reduced and optimized. IoT also makes it possible to gain completely new insights e.g. associating weather influences to industrial productions. 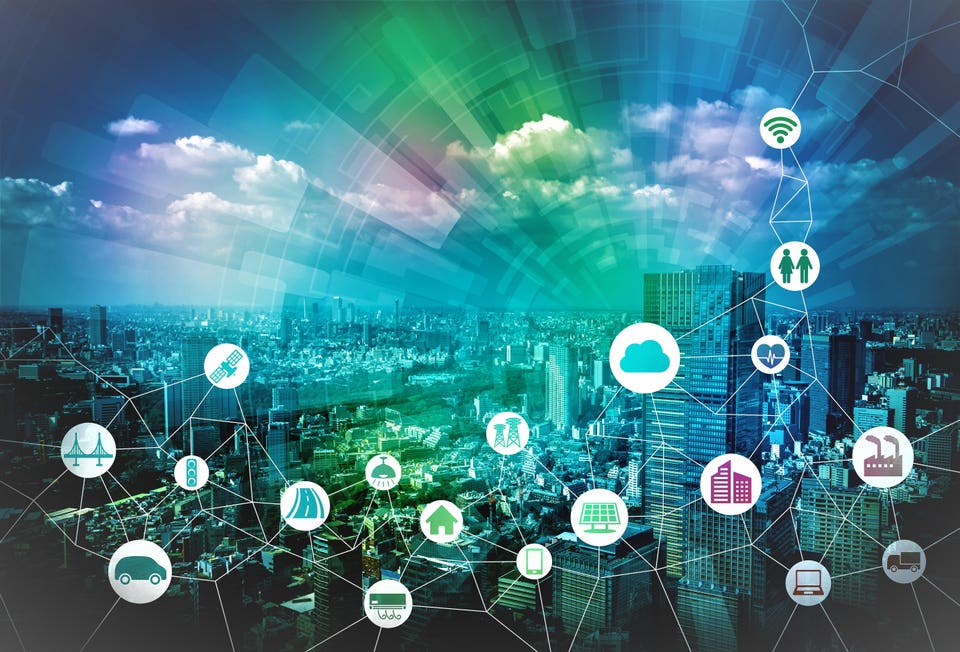 Role of the smartphone in IoT

Tokyo, the city with the world’s largest population density keeps growing and boasting the largest number of people of all the cities in the world. Japan’s capital is the largest urban area worldwide with a population of more than 38 million people (38,050,000 people). In addition, more than 31 million people (32,275,000 people) live in Jakarta, Indonesia and around 26 million in Delhi, India. According to forecasts, 60% of the world’s population will live in major cities by 2030.

The consequences: freshwater scarcity, pile of garbage, collapse of traffic and air pollution. How can we cope with these challenges? One key is Smart City – the networked and intelligent city. It stands for better quality of life and lower consumption of resources. Here are five components of the smart city and their impact in the IoT era:

Here is a glimpse of futuristic IoT devices.

Vision Van of Mercedes-Benz is a van concept for urban areas and is characterized by several innovative technologies on board such as an autonomous drone delivery. The drone can deliver autonomously within a radius of ten kilometres. Another advantage would be that the parcel carrier saves a lot of time – while loading and delivering. As a contrast, manual-loading takes up to an hour and a half and at one-shot loading it only takes about five minutes. The delivery on the last mile is shortened by the automation technology in the hold and the drones delivering parallel to the deliverer by up to 50%.

The smart eye technology is very similar to Google’s most ambitious project – the Glass. The smart eye is equipped with sensors, Wi-Fi and Bluetooth to provide options and accessibility features right in front of your eye but without causing a distraction. This technology makes it possible to read messages, surf the internet and more.

The future of IoT is unlimited. It provides solutions in all sectors including manufacturing, fashion, restaurant, healthcare, education etc. Smart cities can share a common smart city platform, which makes sense especially for small cities. The cloud-based nature of IoT solutions for Smart Cities is appropriate by sharing a platform based on open data. Small cities can form a common urban ecosystem. In this way, solutions of small and large smart cities are networked and controlled via the central cloud platform. Finally yet importantly, the size of a city is not an obstacle on the way to becoming "smart". Cities in each group can benefit from intelligent technologies. 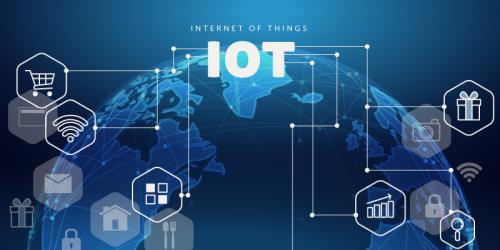 Not spending on AI yet? Don’t worry, you probably will